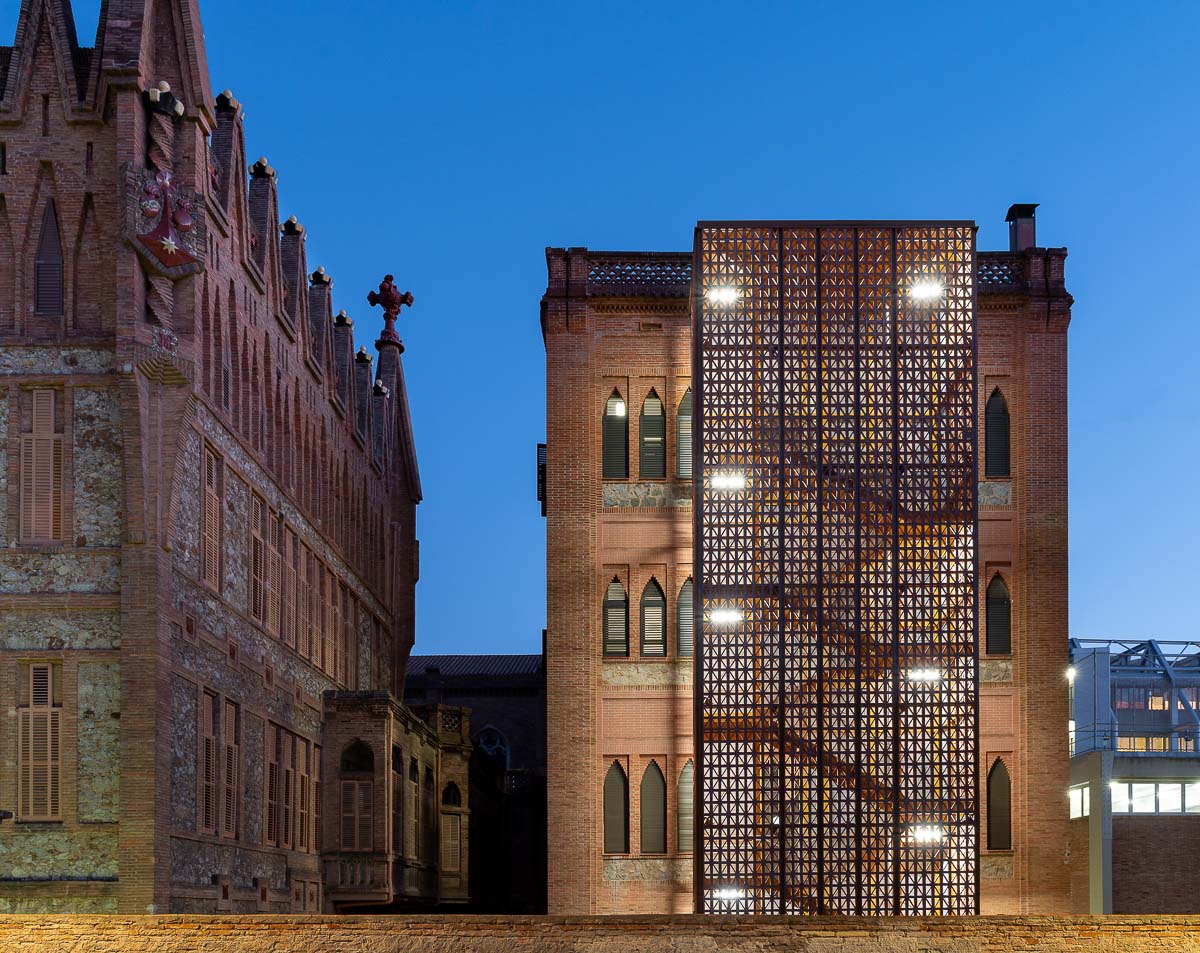 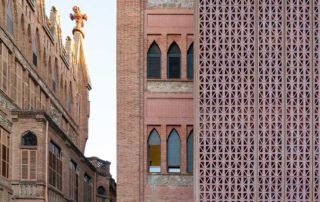 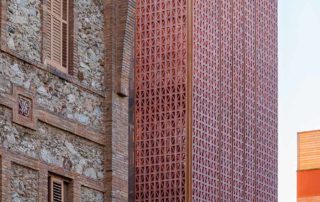 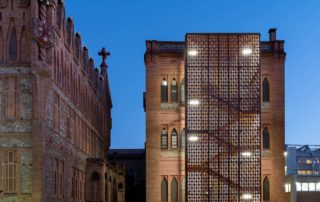 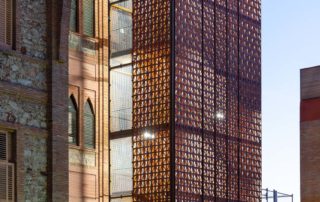 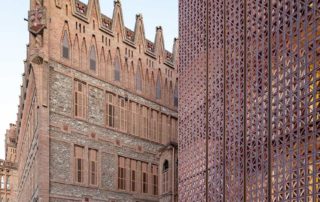 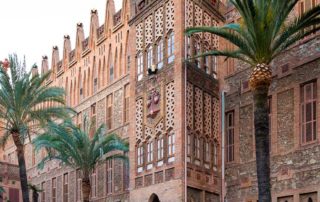 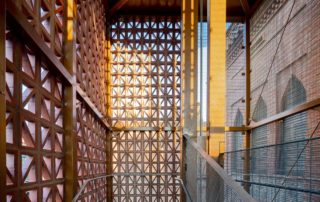 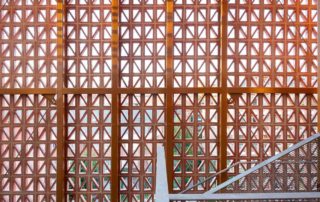 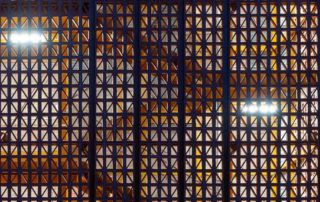 Loading the next set of gallery items...
Ver más

The school and residence of the Teresian Religious Community of Ganduxer is an enclosure made up of six pavilions, with the singularity and interest that the first of them was designed and built by Antoni Gaudí.

The founder of the Teresian community, San Enrique de Ossó, commissioned the project to Antoni Gaudí in 1889 with a threefold mission: to locate the primary school for girls, the main headquarters of the General Council, and a boarding school for girls.
The school has grown considerably over the years and has adapted educationally and constructively to the needs and demands of any educational complex.

The particularity of the complex, with classification as a Cultural Asset of National Interest, has meant that special care has been taken with both the building and its surroundings.

In recent years, the school’s management has been reorganizing all its spaces, extending its facilities, and adapting them to the current demands of its activity. Among the necessary interventions on the school grounds was the basic need to complete the environmental license for the complex.

The environmental license project had been under development for many years and the difficulty of intervening in the Gaudí pavilion made its fulfillment practically unfeasible. Finally, the option was studied of freeing the Gaudí building from school activities to give it a public service and residence use for the Teresian community. This decision allowed the necessary actions to be dismantled and greatly reduced in order to provide the school complex with the safety requirements that an activity of this type needs. The major intervention was the construction of an evacuation staircase in one of the pavilions, which adjoined the Gaudí building, “Pabellón Santa Teresa” (a building constructed in 1946, which is discreetly attached to the Gaudí building).

The “Pabellón Santa Teresa” consists of a basement, ground floor plus a mezzanine, and 3 standard floors.

The project involved detailed work to explain and agree with the heritage of Barcelona City Council its impact, its fluidity with the existing building, and its definition to integrate with the pavilion designed and built by Gaudí.

After analyzing the structure of the Pavilion and studying the different possibilities for the location of the evacuation staircase, a staircase was proposed on the outside, confining it to the central bay of the side façade, in the interest of respecting the existing modulation. Its position coincides with the end of an interior corridor that gives access to all the classrooms and connects longitudinally with a second staircase.

The access volume of the Gaudí building and some of its lattices, rhythms, transparency, and texture are taken as a reference.

The project proposes a volume and enclosure with a traditional ceramic lattice composition, with the express interest that through it the façade of the existing pavilion can be seen and the different periods of intervention can be understood. The staircase is designed with prefabricated metal elements assembled on site.

The project carefully studied the view of the “Gaudí Building”, both from the outside of the site and from the inside. The proposal allowed passage all around it, as well as dignifying a residual space in the school. 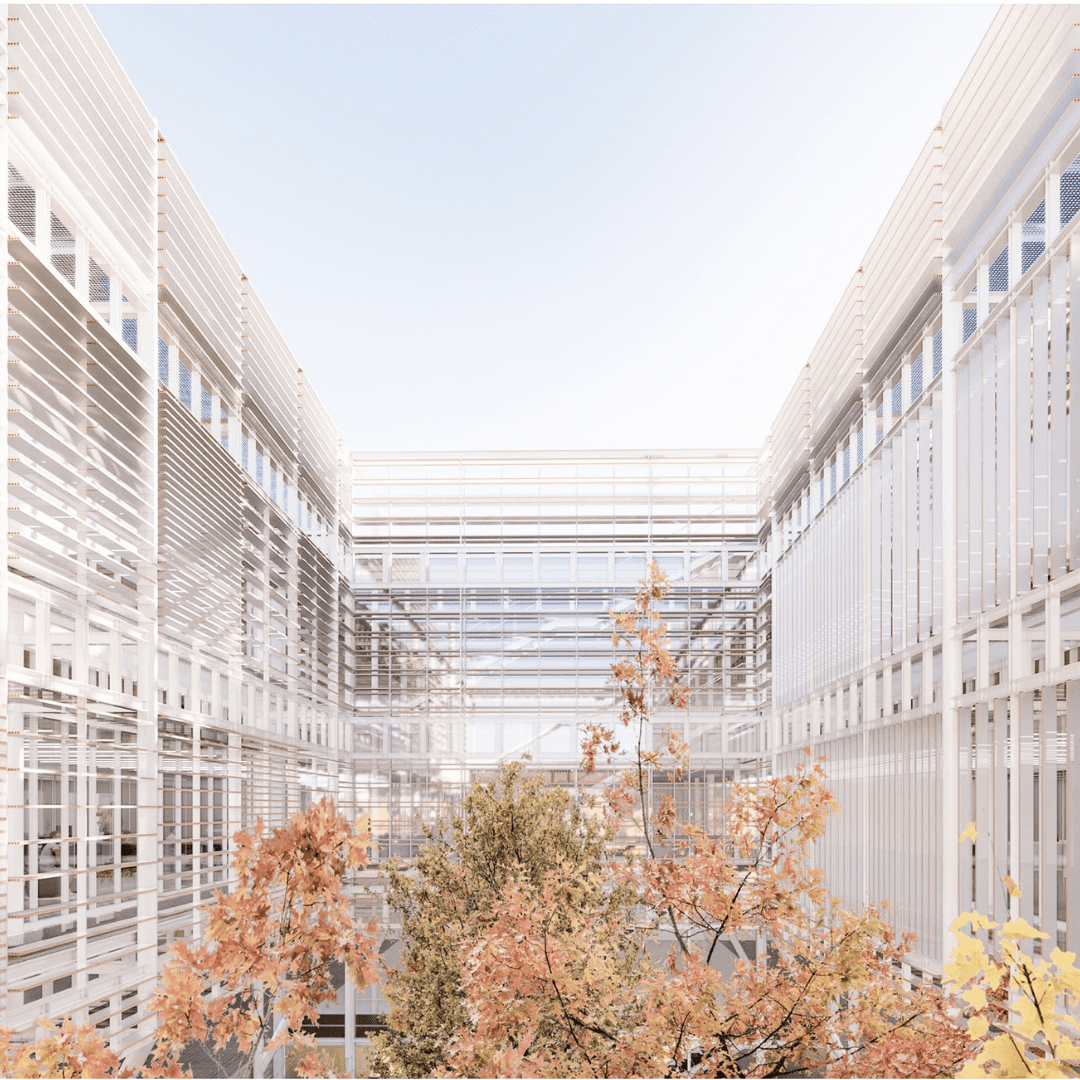 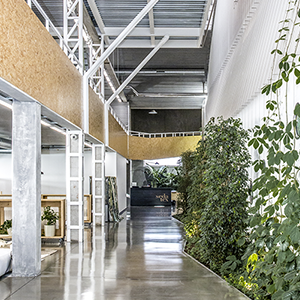 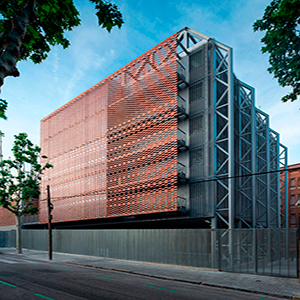 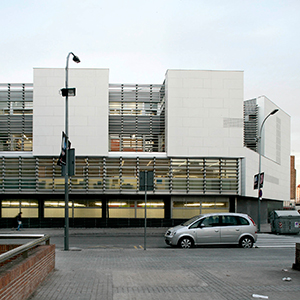