Development of a metalmesh based LED lighting for illumination of facades

Role of the studio: Facade design and integration of the technological elements and architectural integration

In collaboration with: Finsa Architectural Metal and LAMP 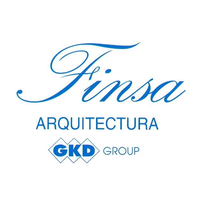 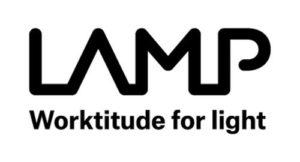 The concept of the Metalmesh Lighting development is a new light plane, attached to the main façade of a building, with multiple functions. It acts as a sieve for the light coming from outside, as a protection of the privacy during the work time, as well as a communication element of the company, allowing personalization according to its corporate identity.

The façade is mainly composed of a metal mesh surface that holds numerous light points of Led illumination, with a placement rhythm and size designed according to each particular project and customized by the client specifications. Setting up the light as the main layer that acts as a filter from the street view, gives the liberty to design the openings and carpentry of the offices as a secondary layer, which is then not conditioned by the urban requirements and can be focused on the comfort needs of the building users.

During the day, the metal surface acts as a discreet filter for the privacy, while in the night it attracts attention and delights the pedestrians on the streets.

The contemporary architecture identifies itself more often with the envelope elements which react to a multiple functionality, climate and formalization conditions inside the urban context where it’s placed.

The technical development of the system included various prototypes and testing of the opacity and optimization of the lighting density, before it achieved the expected results, as can be seen at the demonstration project.

The developed system has been applied at the integral remodeling of the Aura’s insurance company building of a total area of 1200 m², located in the urban center of Santa Coloma de Gramenet, inside the metropolitan area of Barcelona. The energetic class of the building is A, and it was developed according to the criteria of evaluation VERDE by Green Building Council Spain.

The project main objectives were the integral re-modelling of the current building in order to update and revitalize its image from the street side view, make it adaptive and to optimize and modernize the interior spaces, as so to adequate the building’s overall aspect to its new needs and make it accessible.

The current building had had, throughout its life, numerous alterations, mainly on its underground levels, ground level and attic. The need of providing it with a new customer service forced the appearance of wider spaces, making the accesses easier and supplying them with natural zenithal lightning.

The restoration was based principally on achieving open spaces; improve light conditions, ventilation and natural comfort, with the consequent optimization and improvement of the installations, finishes and the corporative image of the company.

There were three special remarkable aspects of the architectural ensemble, the building image from its main façade, which dialogues with the local government; the possibility to provide an exterior space, place of cohabitation and the rest; and as a last point the need to supply lower levels with natural light from a big skylight. These preconditions gave the opportunity to develop the Metalmesh Lighting for facades.